The 21st World Scout Jamboree was held in July and August 2007, and formed a part of the Scouting 2007 Centenary celebrations of the world Scout Movement. The event was hosted by the United Kingdom, as 2007 marked the 100th anniversary of the founding of Scouting on Brownsea Island. 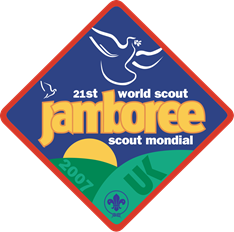