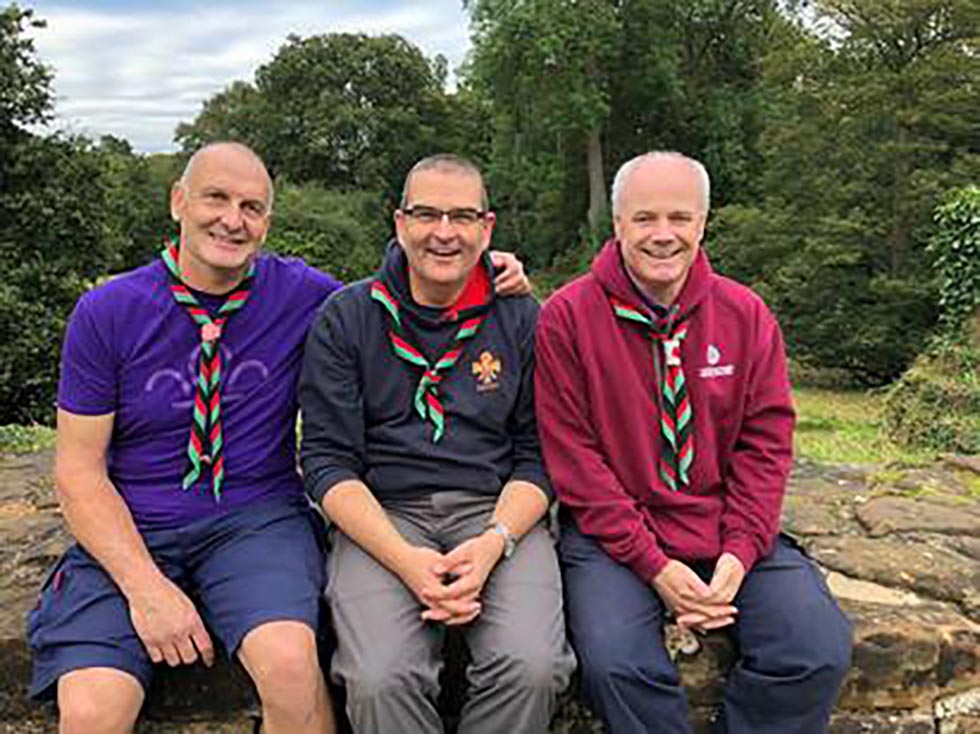 I am delighted to announce the appointment of a Team District Commissioner for Kenilworth comprising Doug Faulconbridge, Stuart Heaton and Richard Staveley (alphabetical order!). They are well known around the District having been involved in Scouting for many years.

Douglas Faulconbridge has been involved with Scouting in Kenilworth since 1981, initially at Waverley, and prior to that held several roles within Coventry. More recently he has been the ADC Cub Scouts for 6 years supporting this section and running successful events like the Easter Egg Hunt and Valentines Disco. He is also the Group Chairman at Leek Wootton Scout Group and has worked with the leadership team to help that Group to grow over the past few years. He has just returned from the World Scout Jamboree in West Virginia as a leader with one of the Warwickshire Units. “I am looking forward to working with Stuart and Richard to build on the success that has been achieved over the last few years for Scouting in Kenilworth. I hope our combined knowledge and experience will benefit the District and the young people who are part of it.”

Stuart Heaton has been involved as a leader since 1988, initially as Assistant Scout Leader at Waverley. He has been the District Commissioner for the last 6 years seeing the opening of both a new Explorer Scout Unit and New Group in the District. Stuart supports grassroots Scouting through events like the District Scout Summer Camp allowing all Scouts in the District to take part in a camp away. “Kenilworth is a great District and I have been very fortunate to have been supported by leaders across the District in my Role as DC. I am now looking forward to being able to support the Adults in Kenilworth in their training and development, as part of the new Team DC for the District.”

Richard Staveley is no stranger to the DC role having held the post prior to Stuart. Since 2013 he has been the Explorer Scout Leader at Castle Lake Explorers having held a variety of roles before that. “I am looking forward to helping the District through the challenges it faces over the next few years.”